My Neighbor’s Dog Bit Me, Legal Options For Aggressive Dogs

Dogs are known as “man’s best friend” for a good reason. They have provided companionship to countless people all over the world for thousands of years. Dogs are also a serious responsibility, though, and dog owners have a duty to keep their dogs from threatening or hurting people or other animals.

Laws regarding dangerous or aggressive dogs vary from one city or county to another. If you suffered injuries because a neighbor’s dog bit you, you might have the legal right to recover damages from the dog’s owner. If the dog displays aggressive tendencies, local government officials might take action to declare it officially “dangerous.”

The following is an overview of the laws addressing dog bites, dangerous dogs, and your rights if you are injured by a bite.

Most Dog Bite Laws Are Local

While some states have laws addressing these issues, most of these laws are at the city or county level. Local governments are responsible for enforcing dangerous dog laws, either with local police or an animal control department. Laws can vary rather widely in their specific requirements. One town’s laws might require a dog owner to secure them inside their home or in a fenced backyard. Another town might have far less stringent rules. They should all have laws and procedures regarding dog bites.

Both types of laws usually require that the dog attack was “unprovoked.” The legal definition of “provoked” varies, but often includes causing or threatening direct harm to the dog or the dog’s owner, or trespassing on the dog owner’s property.

A dog bite victim might be able to recover compensation for their injuries through a negligence claim. Negligence, a type of personal injury claim, requires proof of four elements:

Dog owners generally have a duty to the public to keep their dogs under control. If, for example, a dog escapes its yard through a poorly-maintained fence and bites someone walking down the street, this could legally count as negligence on the dog owner’s part.

What You Should Do if Your Neighbor’s Dog Bites You

The very first thing you should do is seek medical attention if you need it. Dog bites can carry a serious risk of infection, especially if the bite breaks the skin.

You should gather as much evidence as you can. Take pictures of your injuries and get copies of your medical records. You should also take pictures of the area where the dog bite occurred. Gather information about the dog. You will need to establish ownership of the dog in order to assert a legal claim. If you do not know the dog’s owner, ask your neighbors if they know.

Once you have taken care of any medical needs, you should consider whether you want to pursue legal action, and therefore whether you should contact a personal injury lawyer with experience representing dog bite victims.

You Have Legal Options if Your Neighbor’s Dog Bites You

If the dog did not cause an injury that requires medical attention, and you believe that the dog does not usually behave this way, it might not be worth pursuing any sort of legal claim. The legal process surrounding dog bites and possibly dangerous or aggressive dogs can be difficult and emotional. It will almost certainly sour your relationship with your neighbor, assuming it was not already sour.

You might try talking to your neighbor before starting a legal proceeding to see if they are willing to compensate you for your injuries. If your injuries are severe, however, you should speak with a personal injury attorney before speaking to anyone else except your doctor. Severe injuries might include:

If you decide to move forward with a claim, it may have two parts: a personal injury claim and an administrative proceeding to determine whether the dog should be formally declared “dangerous” or “aggressive.” You have control over how to conduct the personal injury claim. Local animal control officials, however, are in charge of dangerous dog proceedings, and they might only need you to participate as an eyewitness.

A dog that has been legally declared “dangerous” or “aggressive” is subject to additional legal constraints. The specific definition of a “dangerous” or “aggressive” dog varies among local jurisdictions. Some areas include dogs that have displayed aggressive tendencies without actually attacking or injuring anyone, while others limit it to dogs that have caused injuries or property damage.

An “aggressive” dog, legally speaking, might be one that has done any of the following:

Many jurisdictions require that a dog be quarantined after it injures a person or domestic animal, in order to observe whether the dog displays symptoms of rabies. This could take place at an animal shelter, with a veterinarian, or in the owner’s home.

If an animal control department receives a report of a dog bite, it may decide to open a “dangerous dog” case to determine whether to designate the dog as dangerous. They may conduct a hearing where the victim and the owner can present evidence. If the dog is declared dangerous, the owner will have to take protective measures, such as keeping the dog at home at all times, muzzling it in public, or displaying a “dangerous dog” sign on their property. If a dog has been involved in multiple incidents, or if it caused the death of a person, local law may authorize or require that the dog be euthanized.

Recovering Damages for a Dog Bite

You may recover damages for your injuries in several ways. Many homeowner’s insurance policies cover injuries caused by pets, including dog bites. You might be able to settle the claim with your neighbor’s insurance company. If not, you can file a negligence lawsuit in a local court.

Damages in dog bite cases may include:

Dog bites can be painful and frightening, and in some cases they can cause serious injuries and long-term harm. If you have suffered a dog bite, you may be able to recover damages for your personal injuries. You may also be asked to participate in a proceeding conducted by your local animal control authority to determine whether the dog should be deemed “dangerous.” If you have questions about any of these procedures, you should speak to a personal injury attorney who has experience in dog bite cases.

Connect With An Attorney

How Are Personal Injury Settlements Paid Out?

The goal of any personal injury case is to obtain as much compensation as possible for the injured ...
Read More → 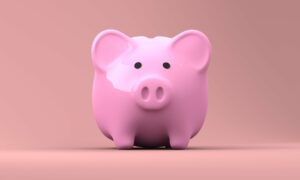 Personal injury settlements, like other legal settlements, are often confidential. The plaintiff may often agree not to discuss ...
Read More → 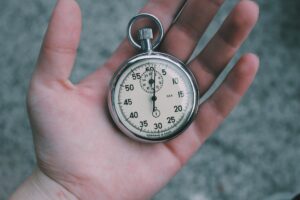 When someone you love dies unexpectedly at the hands of another, the tragedy leaves behind waves of intense ...
Read More →
Posted in Dog Bite | Personal Injury
Scroll To Top